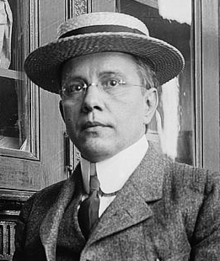 An estimated 1,000 witnesses. A jealous but wealthy husband. An equally wealthy man of society who has a propensity for taking young lovers.

Two plus two equals … not guilty.

There has always been a belief in two justice systems in America – one for the wealthy and well-connected, and one for everyone else. But you know what happens when two wealthy families are on opposite ends of a murder?

That depends, we suppose. In 1907-08, riches didn’t control the mind, and the mind proved to be a powerful defense.

It’s famously known as the “trial of the century” by American media at the time, as well-known architect Stanford White was shot and killed at the outdoor rooftop theater at Madison Square Garden in New York City, and coal and railroad heir Harry K. Thaw was put on trial for the very public murder in front of nearly 1,000 people who were watching a performance at the theater at the time of the shooting.

The setup is that Thaw had a lovely young wife named Evelyn Nesbit Thaw, who was a “supermodel” of the day, being featured on the covers of every major magazine in the country.  Thaw learned that her bride had been involved with the noted lothario Mr. White prior to the marriage, and Thaw became quite jealous of, and obsessed with, Mr. White. There was a report that White had raped Mrs. Thaw, but that was not definitively corroborated.

Thaw was charged with the June 1906, murder, and went on trial in January 1907 in what was called the “trial of the century.” Thaw claimed an insanity defense, saying that he shot White in a fit of jealous rage over the previous relationship. After much deliberation, including evidence that suggested that Thaw was not temporarily insane but had a history of mental instability that was consistent throughout his family, the jury was hopelessly deadlocked in deciding whether Thaw committed murder, as several on the jury were convinced of the insanity defense.

After that hung trial, Thaw was re-tried a year later, in January 1908, and much of the same media circus followed along. Thaw remained in jail during this time, and maintained his insanity defense, despite all the witnesses to the shooting who all corroborated the story seeing Thaw shoot White in cold-blood leading to this death.

The second trial went much the way of the first, with Thaw’s defense team presenting him as a man mentally disturbed and especially triggered by the relationship of the woman he loved with a man who was the toast of New York society at the time.  With the second jury, a verdict did come back – and Thaw was found not guilty by reason of insanity.

But instead of being freed, he was declared criminally insane and was sent to a mental institution until he was released in 1924, 16 years later.

Of course, there would be a couple more “trials of the century,” in the 20th century, but it is said that the Harry Thaw murder trial signaled the “end” of what was called the Gilded Age in America.  It was known as one of the first great celebrity trials in America, and it was one of the early successful insanity defenses.