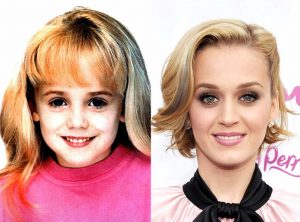 If you were around at all in the 1990’s, there are likely two cases or trials that stand out most prominently in your mind. One is likely the extremely lengthy and extremely publicized murder trial of O.J. Simpson. The other is the mystery surrounding the death of child pageant winner, JonBenét Ramsey.

Even to this day, theories can be found on the Internet proposing new thoughts on the matter as to who might be responsible for the young girl’s death, over two decades after the horrible incident had occurred. Some theories, despite a significant lack of evidence, seem as if they might be particularly sound in their thought process. Other theories seem as if people really just have too much time on their hands. But, whatever the case may be, the mystery that is the death of JonBenét Ramsey is still very much alive and open to debate, even almost 21 years after the fact.

Some of the most popular theories involve the parents of JonBenét, John Bennett and Patricia Ramsey. Motives notwithstanding, there was a lot of speculation surrounding the evidence of the case revolving around the potential involvement of either the mother, the father or both in tandem with each other. A ransom note was found at the crime scene where JonBenét had been murdered, detailing a demand to the tune of $118,000 in exchange for the young girl. This is especially pertinent due to a number of details.

While John Bennett Ramsey’s handwriting test showed he had not written the note, some may argue that having discovered her body in the cellar and subsequently covered her with a blanket after bringing her upstairs had the potential for destroying crucial evidence to the case. Whether or not she was actually guilty, Patricia Ramsey passed away in 2006 due to ovarian cancer.

Other theories posit that JonBenét’s older brother, Burke Ramsey, was involved. This theory proposes that Burke threw a nearby flashlight at JonBenét, as evidence suggests that she died of a skull fracture. A flashlight was found at the crime scene where the children had allegedly eaten pineapple. JonBenét was discovered to have eaten pineapple shortly before being killed. This theory has since been called into question due to DNA tests proving that Ramsey may have suffered some form of sexual assault from someone outside of her immediate family.

Another popular theory proposed by one John Mark Karr (historically arrested for multiple charges including child pornography) suggests that he knew who the killer was. Karr claimed to have been at the scene when the murder took place, though he did not directly take part in it. Yet Karr also claimed to have staged the crime scene to pin the blame on himself and throw police off the trail of the actual killer. Karr has since been cleared of charges since DNA tests did not match his bodily fluids or tissue samples. Beckner also confirmed that, through routine checks, the police had determined that Karr was not even in the vicinity of Colorado at the time of the murder, but was in fact on the other side of the country in Georgia.

There are other, more farfetched theories regarding the death of JonBenét Ramsey, including the possibility that a wild animal had somehow killed her due to animal hairs being found on the duct tape that was used to cover her mouth. How a wild animal might have fashioned a homemade garrote or managed to duct tape Ramsey’s mouth shut remains a mystery. Or that JonBenét is actually alive and well as popular singer and songwriter, Katy Perry. This theory can be discredited by virtue of the sole fact that records indicate Perry was born six years before Ramsey.

Technically, the case is still open and on-going, but having been over 20 years since the horrific tragedy has occurred, it seems unlikely that authorities will ever determine who killed JonBenét Ramsey.