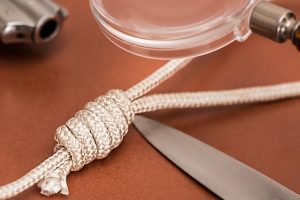 According to the United States Constitution, criminal law is left to be handled by the individual States where the crime was committed. So for example, let’s say you kill someone in Florida and are caught, you will be tried under Florida’s criminal laws.

But did you know that there are 10 specific cases in which committing murder can be seen as a federal offense and therefore ultimately be tried in a federal court? Not that we condone murder in any way but here’s how murder becomes a federal crime:

For the record, MURDER IS A CRIME! We do not want anyone to commit these heinous acts. But in some situations, it becomes a federal crime where the punishment and sentencing are much more severe than if being tried in a state court. We are bringing these up in the event you watch Crime Dramas, you can impress all your friends and family with your knowledge of Federal Law.