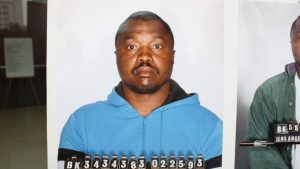 During the summer of 1985 until 1988, a killing spree began in Southern Los Angeles. It all started when a woman reported that she was raped and shot, describing her killer as African American, aged mid-20s, a little under six feet, about 160lbs, well mannered, educated, pockmarked face and well kept. People were on the look out for the “Southside Slayer.”

As it turns out, the woman was explaining none other than Lonnie David Franklin Jr. After being arrested in 2010 for a crime he committed in 2002, he earned a new nickname: The Grim Sleeper. He earned this nickname because of the length between the crimes in 1988 and 2002.

He was finally arrested in 2010 due to new forensic evidence (DNA analysis). Although his DNA was not in the system, his son was convicted of a federal weapons charge and therefore was. They used this DNA to help find Franklin through familiar DNA matching.

The trial took a long time to get under way because the police were still trying to identify all of his victims and secure evidence from over 30 years ago leading to a very long pre-trial length.

His trial began in February 2016 and on May 5th, he was convicted of killing nine women and one teenage girl and one count of attempted murder.  On August 10th 2016 he was sentenced to death 10 times for each person he murder.

We still do not know what caused Franklin to start committing murders again after a 14-year hiatus. Nor are we sure that there were no murders done by him between 1988 and 2002.

You can watch a documentary to learn more about The Tales of The Grim Sleeper here: