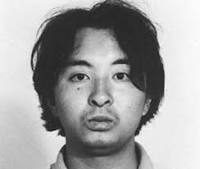 Tsutomu Miyazaki was the textbook definition of a creepy guy. Even when compared to other serial killers, the things he did to his victims was nothing short of horrifying, from engaging in vampirism to preserving body parts.

Miyazaki murdered four young girls from August 1988 to June 1989 and faced trial for those crimes once he was caught. In his trial, it was revealed that his crimes might be a result of his father’s incestuous relationship with Miyazaki’s sister. On top of this, it was discovered that Miyazaki had hands so deformed that he needed to move his whole forearm just to rotate his hand.

Before he committed his crimes, Miyazaki moved into his parents’ house but did not want to work at his father’s newspaper. He apparently only wanted to be heard by his family, but they were far more concerned with production than emotion.

When his grandmother died in May of 1988, Miyazaki truly entered his most evil state for the first time. This deepened his already pretty damn deep depression, and in an attempt to keep her in this world, ate her ashes. After this, his sister caught him spying on her in the shower, which caused him to attack her.

While nothing will ever absolve him of his enormous crimes, not even CMZ, at least we were able to get some insight as to how someone so terrible could be created.

As for the murders, Miyazaki murdered four young girls between the age of four and seven and consequently violated their corpses. He drank the blood of one and ate the hand of another. Miyazaki then sent letters to the families of the girls he killed. He would send their burnt remains along with cryptic messages, which might have been the evilest part of all.

Miyazaki was caught in a park trying to take inappropriate photos of a schoolgirl and was eventually tracked down by the police after he escaped on foot. The police found thousands of videotapes in his house, which contained many pictures of his victims.

Miyazaki was executed on June 17, 2008, after being sentenced to death on April 14, 1997, which is an incredibly prompt timeframe in the Japanese court system. Many believe that Miyazaki inspired two copycat killers, which was a big reason for the swiftness of his execution.